For the first time, an international women's W8+ Junior rowing race (regatta) was held in Rome at the Circolo Canottieri Lazio, in June 2022. The young athletes that participated were from 3 EMCA clubs: Lazio, Olympiakos and Hask Mladost. The regatta was the final event for the Women in Rowing project, which was an 18 month project promoting rowing, specifically W8+, in young girls (aged between 13 and 18 years old). The rowing discipline of a female 8 team has, until now, been conventionally considered unsuitable for them. The girls had the opportunity to use the fastest boat ever among those included in rowing specialties. The distance traveled was 500 meters, and 2 races were held: one with the 3 club teams, and then a mixed race, where the girls were split into new teams. The girls showed great sporting ability and determination and they had alot of fun. The race concluded with the awards ceremony including both the Councillor for Sport of Rome Capital, Alessandro Onorato, and the Secretary General of the European Olympic Committee, Rafaele Pagnozzi. 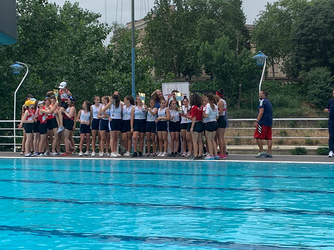 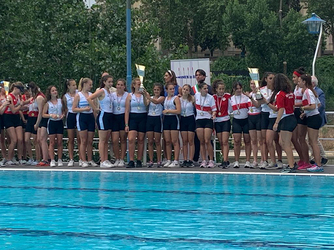 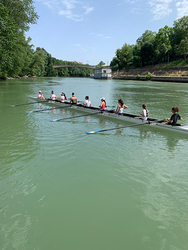 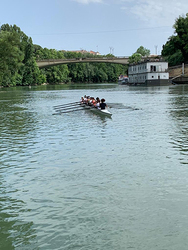