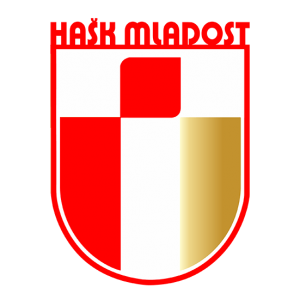 1903 – Foundation of Akademski Sport Club – First time in these parts of Austro-Hungarian Monarchy a sport club inspired by similar sport organisations from Western Europe, especially Great Britain has been established with the primary goal to bring sports closer to the society. Almost all of the founders were involved in fencing and the first sport they promoted was football.

1904 – Already at the beginning fo its work the founded society has received national values as part of its constituting and therefore the name is changed into Hrvatski Akademski Športski Klub shortened as HAŠK (Croatian Academic Sport Club). Under this name the organisation developed until 1945 when at that point having more than 15 different sport sections it was abolished because no organisation was allowed to be named „Croatian“ after the Partisan Liberation.