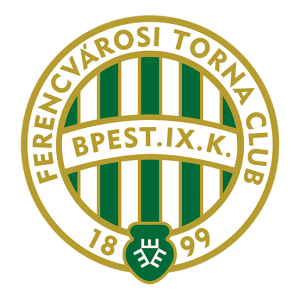 Ferencvárosi Torna Club was founded on the 3rd of May in 1899, its first president was dr. Ferenc Springer. The colors of the club are green and white which was taken from the Hungarian flag, and the motto is Moral, Strength, Unity. FTC had also several sections in the beginning, and currently there are 19. The club’s most successful sport in the the past 12 decades was men’s football. In 1965 our football team won the Inter-Cities Fairs Cup, with this title our club is the only Hungarian club to win a European cup in football. Flórián Albert the only Hungarian Ballon d’Or winner is also one of the legends of Ferencváros. Until 2022 the football team has won 32 National League titles and 23 Hungarian Cup titles, which is also a record in Hungary.

The club’s ice hockey team is also a record holder. By winning National League in 2022 it has 29 National Championship titles and 15 Hungarian Cup titles. With these merits it is by far the most successful club in Hungary.

The club’s women’s handball team is also among the most notable teams in Europe. Besides 3 EHF Cup Winners' Cup and one EHF Cup titles, the team has 13 National Championship titles and 13 Hungarian Cup titles.

Ferencváros is also outstanding worldwide among individal sports in wrestling, gymnastics, kayak and canoe, swimming, and short track speed skatings, and used to be in the world elite in boxing, table tennis and figure skating too.

Until 2022 the athletes of FTC have won 31 Olympic, 47 World Championship and 82 European Championship gold medal for Hungary. The supporter base of FTC, the legendary B-közép (B-Middle) is also one of the very first organized suppoter base in the world. They have been supporting the football team since 1928, which makes them the oldest organised fan base in the world. Fradi was the first Hungarian club to play a major role in social responsibility and in the fight against exclusion, but was also the first club to establish a Fair Play award in order to set an example for all Hungarians.

Sport Club of the Year Award from National Federation Of Hungarian Sports Associations: 2020 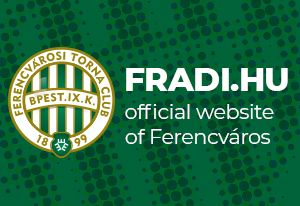